Here’s the next on SF transportation (See earlier parts here). 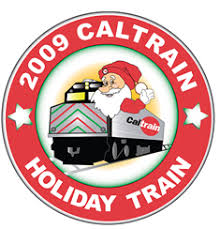 Usually, Cal Train is fine- clean, smooth, on time. There was only one incident, when my ticket was not validated to the standard of the Inspector on board (um… not my fault- I put the ticket in the machine; that crooked stamp was what it gave me), he very rudely instructed me to gather my things, and proceeded to kick me off the train. I asked if there was anything that could be done, since I had obviously gotten the ticket validated, and was going to have to wait 30 minutes for the next train. His response was simply that “there are signs everywhere, and the conductor made an announcement; now you can get out, or I can write you a fine for $250). As I stepped onto the platform, he looked at me scornfully, and as the doors were about to close, he turned on his heel, saying “Stupid B*tch.” (of course the asterisk was silent).

I stood there, with shock and hurt and fury, hot angry tears streaming down my face. I ignored the crazy man who was with me at the station, asking if I knew about ADD and/or traffic violations. (I wish I could tell you how having ADD and a support group for it could help get rid of moving violations, but I was just too distraught to retain what he was telling me … SORRY). I went for my phone, called Cal Train, and lodged a complaint with (to my surprise) a real, live, human being, BUT (not to my surprise) received no response from them. (I’ve moved on to the BBB. Stay tuned).

I’m so glad my job is done with its experiment in commuting for the time being, because I do not look forward being subjected to the likes of this jerk anytime soon, especially as Cal Train has no interest whatever in addressing the situation with me. I’m on a BOYCOTT (until 1. they answer my BBB complaint ~I ain’t about to go out like a … that thing he called me, or 2. my job says I have to. Actually that will probably happen soon, so BOYCOTT FOR A WEEK! ~It’s the thought that counts … right?)

To see the rest of the series on San Francisco travel woes click below: