How-To: Be a Black Woman

I am a single Black female, and every day I wake up asking myself the same question. Why won’t Bobby Valentino love me? When I try to figure out why this is, I usually come up short, and smack my slack jawed face into a wall or something, because I am female and stupid and … Black! Hello?!

It turns out though, that there is someone out there who has all of the secrets I could ever need to worm my way into a Black man’s heart (my one and only goal in life, duh). He’s a man whose expertise on Black Women is so far reaching, that he’s had to go all the way to Tajikistan in order to find a suitable mate. He’s not given up on Black Women entirely though, and has been kind enough to share with the hoards of us his many learnings through the years. In honor of his hard and thankless work, I dedicate this week’s How To to his blessed teachings. 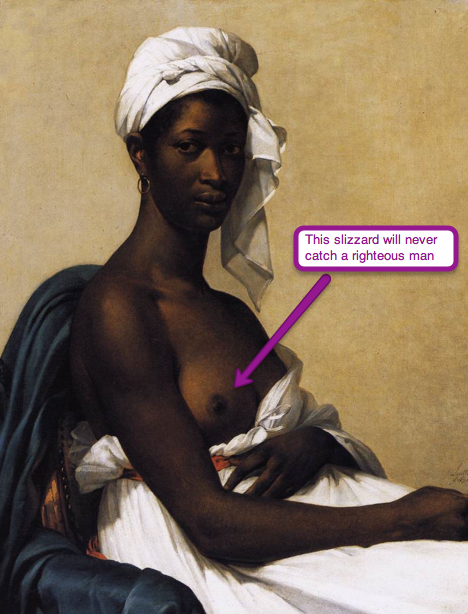 And there you have it. A step by step guide to how to land a Black Man. A veritable recipe (something I can process!) to how to catch that strapping fellow’s eye. As we sit quietly, thinking our chastiest meaty thoughts (tough) let’s have the sage Bobby Valentino play us out, shall we?

We can hear the angels calling us/

We can see the sunrise before us/

And when I’m in that thang,

I make it say…

Maybe you can lock me up and throw away the key,

And I can’t wait to get it on…

Wanna do it all night long…Mrs. Officer”