Every once in a while, I come across an album that I love. One that I think didn’t get enough accolades. We hear about poor Michele, but what about poor Kelly?? 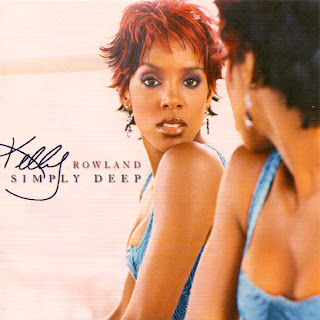 Why It’s Great: Complicated melodies and tight harmonies makes this a surprise treat. It’s criminal under-produced (spent all your money on Nelly and Patti LaBelle, didn’t we Kelly?), but that actually works in her favor, because we get to hear her clear and clean voice.

Why It’s Underrated: To be fair, part of the reason Kelly remains underrated is that when asked about her endeavors she ends up talking about Beyonce:

Reporter: So what’s different about recording this album as a vet of the industry?

Kelly: What’s different is Beyonce is pregnant and I can’t wait to be an Aunitie I really am a part of that family and I’ll dye my hair any color Mama Knowles tells me too Bey’s Bees 4 EVAR I STAN FOR BEY.

Things are improving for dear Kelly though. Over a year ago she splayed her chicken legs all over the stage trying to look ‘sexy’ during a rendition of the sultry and suggestive ‘Motivation; on the BET awards. But between then and the Superbowl she apparently ate some chicken legs and showed up with a whole new bod! And music … I think she’s also making music … what were we talking about?

Any albums you think weren’t given their due? Share in the comments!